Due to the pandemic the Board had no choice but also holding this AGM online. The President, Hugo Hannes, welcomed the 29 delegates who represented their MNF and the Honorary Members Joyce Buckley and Zena Wooldridge.

After the Annual Report and the Forward Plan was approved, Peter Derrick, our Treasurer, explained the accounts of 2020 and the budget for the financial year 2021. Both were approved by the delegates. The Board also received approval for 3 minor changes in the Articles.

The President thanked Jackie Robinson on behalf of the members for serving European Squash. She completed her maximum six years term as Vice President. She joined the ESF Board with a load of experience. In 2001 she became Chairman of English Squash and then President from 2006 to 2012. As ESF Officer she was the Chair of the Junior Committee. She will remain involved, as she will be chairing the European Disciplinary Appeal Panel. She is also the chair of the WSF Junior Commission. 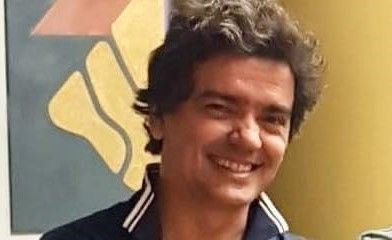 He is working for Deloitte where he for more than 20 years been providing financial and consulting services in several industry segments, both national and international markets. He has been instrumental in develop Portuguese Squash so that in 2021 they was recognised as a full sport , with access to government funding.

Vice-President Thomas Troedsson informed the meeting about the current status of the Championship planning. He urged members to contact him for more information or interest to organise any future events.

The WSF President, Zena Wooldridge, and the WSF CEO, William Louis-Marie, informed the attendees about the functioning of WSF and what their intentions are in the near future.

The President thanked all the people present, but also the many volunteers who support our game in these difficult moments. He also announced that Claire Leech, the Office Manager, decided to leave ESF after 5,5 years. He thanked her on behalf of all the Members and the Board of Directors for all the work she has done for European Squash.

The President announces that the next AGM is scheduled during the ETC 1&2 in Eindhoven, The Netherlands on April 30, 2022 and hopes that we can finally meet one another and that we all can be on court as soon as possible.